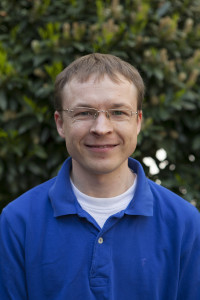 I am a post-doc fellow at Charles University in Prague. I did my Ph.D. research in Greek patristics with a focus on the exegetical analysis of the anti-Arian texts written by Athanasius of Alexandria. In the process of my doctoral work with the latest Greek editions of Athanasius’ texts I discovered that scholars lament the fact that his most important anti-Arian writing (Orationes contra Arianos) is available in all ancient translations except old-Slavonic (made at the end of the 10th century in Bulgaria). After having discovered that, I have been trying to fill in the gap by preparing a critical edition of the old-Slavonic translations of Orationes Contra Arianos based on 9 manuscripts stored in St. Petersburg and Moscow.