Stephen Spencer completed his BA in History (2010) and MA in Islam and the West (2011) at Queen Mary University of London, where he is currently completing his PhD under the supervision of Thomas Asbridge. Stephen’s thesis investigates the ways in which emotions were 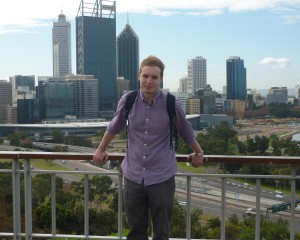 conceived, represented and deployed in twelfth- and thirteenth-century sources for the crusades. It analyses the emotions and affective displays that authors represented as appropriate or inappropriate for crusaders to possess, and the functions of emotion terms in the texts. By tracing continuities and changes over time, as well as across source genres, it seeks to elucidate instances of accord and individuality in the recorded history of the crusades, and simultaneously explores whether the formation of the ‘crusade idea’ manifested new approaches towards emotions.

Stephen’s academic interests lie in the history of emotions, Christian-Muslim diplomacy and non-violent contacts, perceptions of the other, and the production of historical narratives in the Middle Ages. He was coordinator for QMUL’s Centre for the Study of Islam and the West in 2013/14 and has published on aspects of the emotional rhetoric in Latin narratives of the First Crusade.

Stephen can be contacted at s.j.spencer@qmul.ac.uk