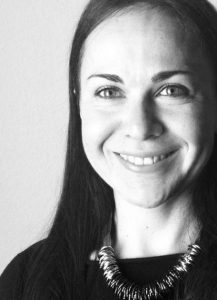 received a PhD in German Studies from the Ca’Foscari University of Venice (2012). Since 2013 she is a doctoral student at the University of Verona, where she is working on the reception of Ovid in the German Middle Ages. Since October 2015 she is a DAAD scholarship holder at the Cologne Center for eHumanities (CCeH) of the University of Cologne.

Her current research focuses on the first Middle High German translation of Ovid’s Metamorphoses, which is attributed to Albrecht von Halberstadt. However, with the exception of a few extant fragments of a thirteenth-century Oldenburger manuscript, one can read Albrecht’s complete work only in the mediated form of an early modern adaptation written by Georg Wickram (1545). As we learn from Albrecht’s prologue his work was presumably composed between the end of the 12th and the beginning of the 13th century for the landgrave Hermann von Thüringen. Albrecht’s Metamorphoses is a relevant document in the history of the reception of antiquity in the Middle Ages, both for being one of the oldest translations of the carmen in the vernacular and for not being derived from a French model.