Born in Palma de Mallorca (Balearic Islands, Spain) in 1986, I graduated in History in the University of Oviedo (2009). In 2010 I enrolled to the PhD program of the History Department at the University of Oviedo under the direction of professor Miguel Calleja Puerta. Within the framework of a “Severo Ochoa fellowship”, granted by the Government of the Principality of Asturias, I began my PhD research on “The Documentary Production of 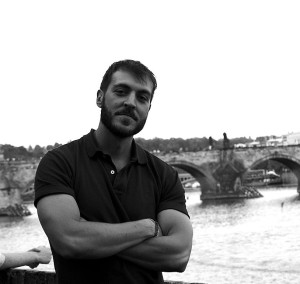 the Counts of Luna at the End of the Middle Ages: Lordship Administration, Political Struggle and Social Legitimacy”. In April 2014 I received an ESR Marie Curie Fellowship and moved to Lyon, where I work for the École des Hautes Études en Sciences Sociales for DiXiT (Digital Scholarly Editions Initial Training Network).

My current project, “Practice and Usability of Digital Critical Editions”, is directed by Jacques Berlioz and supervised by Marjorie Burghart. Methodologically, I am engaged in a case study: the edition of medieval biblical distinctiones. The goal is to elaborate some sort of “white paper” on the needs of critical editors (their workflow, the way both modelling (TEI) and tools fit this workflow or not, etc.) and make proposals to make their work easier and more efficient. At the other end of the chain, I could assess the “usability” of the produced edition, how they answer or not scholarly needs (and the needs of a larger audience, maybe), how they fit into the general academic landscape, with an important trio of makers (the scholars), users (scholars, students, general audience, whoever may interact, etc.) and institutions holding the source material (libraries, archives, museums) who are more and more eager to get involved into digital editions, or at least, it seems, to reduce the gap between the material and what is made of it by scholars.